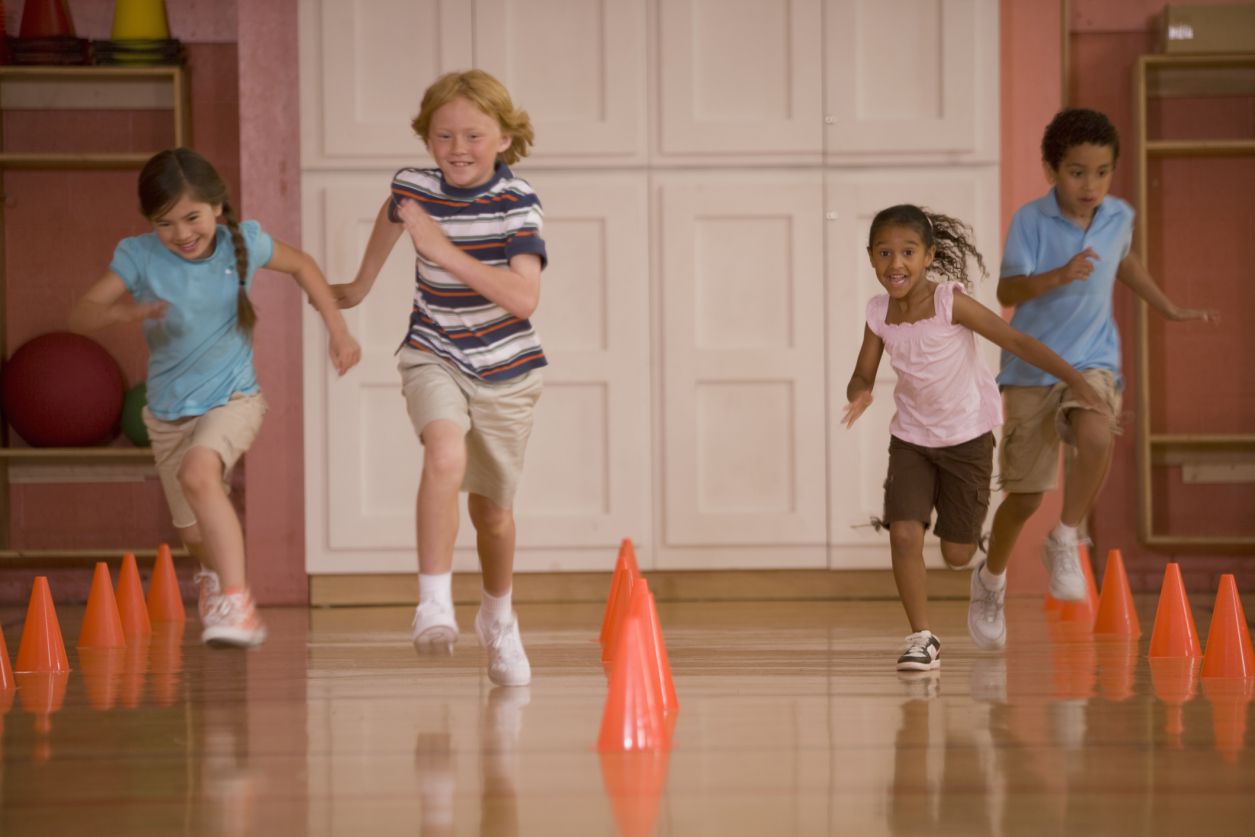 As we’ve written about before, getting young athletes involved in strength and conditioning has numerous benefits. That being said, one of the more difficult aspects of training young athletes is keeping them interested and excited to come to the gym to train. The best way to keep a young athlete coming back to the gym is to make it feel like play, while also improving their sport performance. Here are 5 drills to try with youth athletes to get them faster and stronger, while feeling like recess!

Any paloff press variation is great for core stability, by forcing the core to resist the rotational pull of the resistance. Instead of just having the athlete hold the position or repeat presses, the alphabet is a great variation! With the arms fully extended, the athlete draws the letters of the alphabet with their arms, while trying to keep their core in one position. These little movements provide a constantly varying force on the core while keeping their mind interested! Try starting with only the first half of the alphabet, and as core stability improves, move all the way from A to Z!

A plank is a great movement that allows athletes to develop core stability to resist the downward forces of gravity. While very beneficial, planks are not the most exciting exercise. We can make a plank more exciting and engaging for a young athlete by putting their hands on a BOSU ball. While maintaining proper plank position, with the core engaged and hips level, the lacrosse ball is placed on the BOSU and then the athlete has the task of making small shifts of their weight in their hands to move the ball into the center hole of the ball.

Single leg balance is incredibly important for injury prevention. As humans, our balance system relies on our visual, vestibular, and somatosensory systems. The visual and vestibular systems can be challenged by closing your eyes or turning your head side to side, respectively. However, in the gym, we often challenge the somatosensory system, or how the body feels internal and external sensations. We do this by changing the body’s position with either planned or unplanned movements. For example, a single leg raise is a planned movement, while this single leg ball toss and catch is an unplanned movement! Planned movements are a great introduction to balance drills, but unplanned movements are very applicable to sport. On the field, court, or mat, athletes get hit and change directions in an unpredictable manner. Since they practice it in the gym, their body knows how to respond in the moment, and their risk of injury decreases drastically!

The mirror drill requires a partner and a creative mind. It’s a simple game of “Follow the Leader”. Two cones are placed between 5 and 10 yards apart. One partner is the designated leader, and the other partner follows. The leader can do any type of movement including running, backpedaling, skipping, shuffling, jumping, and more! This drill is fun and engaging while also allowing the athlete to work on their reaction time, agility, quickness, coordination, and change of direction skills.

Many young athletes begin training with the goal of getting faster. However, most athletes don’t just want to run 100m faster, they want to be faster in game-like situations. The Reactive Sprint Start to Ball Grab is a great simulation for sport. The athlete must react to the ball being dropped, accelerate quickly to reach the ball, and then have the coordination to grab the ball. Putting all of these pieces together is complex, but after all of the basics have been established, this is a fun variation to create more reactive athletes.

The best part about these exercise variations is that they are not limited to youth athletes. I use these exercises with older athletes and adults all the time, simply because they are FUN! Fun exercises that improve performance are the best kind of exercise.

Katie Usher is a new addition to the strength and conditioning team at Olympia Fitness and Performance. She recently graduated from the University of Rhode Island with degrees in Kinesiology and Psychology. While interning at Olympia, she found a love for helping athletes and general fitness clients push themselves to new levels in the gym, on the field, and in life. She is excited to continue setting clients on a path that allows them reach their goals.