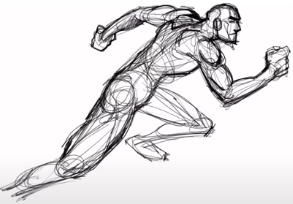 Strength and conditioning coaches occasionally direct the majority of their focus on their athlete’s movement quality and strength development while mistakenly letting their conditioning take a back seat.  I’ve also noticed that within the industry we’ve developed a habit of referring to ourselves as just “strength coaches”.  Perhaps because it’s simply easier to say, but we need to remind ourselves that we are strength and conditioning coaches.  We cannot view the conditioning aspect of training as supplemental because then we’d be doing our athletes a huge disservice.  It’s no secret that athletes with the most gas left in their tank while their opponents are sucking wind are at a competitive advantage.  So why not make preparation for these situations imperative given they can ultimately determine the outcome of competition?

If I were to instruct an athlete to sprint as fast as they possibly can at the initiation of a two-mile run, you would gradually see a decline in speed.  Why is this?  Well, its because the body is unable to keep up with those energy demands for that duration of work.  We use a high-energy molecule called ATP (Adenosine Triphosphate) to fuel performance.  The tricky part is that ATP is stored in limited amounts within muscle cells.  Athletes need to be efficient at replenishing ATP for sustained activity in their sport and training this requirement serves as the basis for sport-specific conditioning.  To replenish ATP, our bodies utilize energy systems that are either Anaerobic (without the use of oxygen) or Aerobic (with the use of oxygen).  Both the duration and intensity of activity will determine which one kicks into gear.  This high-energy molecule is synthesized via several reactions in our bodies and stores considerable amounts of energy within its chemical bonds.  When these bonds are broken down our body is able to supply the energy required to perform.  Muscular action and development would not be possible if it weren’t for a sufficient supply of ATP.  After a bout of conditioning, the body needs time to restore its ATP supply.  This is where the biological energy systems come into play.

What to consider when programming conditioning?

I want to make it clear that conditioning science is very complex and it could take me down multiple avenues of topics.  I’d probably bore you to death if I highlighted the ins and outs of every little thing occurring at the cellular level at any given time, so I’ll try to keep it short.  Performance-based conditioning isn’t just telling your athletes to go for jogs around their neighborhood on their own time because, unless they’re distance runners or triathlon athletes, that isn’t very sport-specific.  Conditioning for athletes involves a multi-faceted approach where frequency, intensity, duration and recovery are all accounted for when programming.  It’s vital for trainers to know which sport and which position their athletes play.  Only with that knowledge can we start to apply the principles of specificity.  For instance, I’m not going to condition a baseball pitcher the same way I condition a soccer defender because the type of exertion they experience in competition will be different.  Let’s use a high school football player who plays on the offensive line as an example.  The average duration of a high school football play (when the center snaps the ball to when the play is blown dead) lasts anywhere from 2 – 5.6 seconds.  Now consider the role of offensive linemen who need to vigorously engage and block their opponents over and over again throughout a game.  This particular task elicits a feeling of fatigue that differs from how a jog around the neighborhood would feel.  So where do we go from here? This is when we apply our knowledge of the body’s energy systems.  Certified coaches have a thorough understanding of how the biological energy systems work and their energy transfer capabilities.

All three energy systems are functioning at all times, but the involvement of one energy system will dominate based on the intensity and duration of a particular activity.  This is where strength and conditioning coaches apply their expertise in exercise science and specificity to program conditioning for athletes appropriately.  As a general rule of thumb, we need to program suitable methods of conditioning work that carries over to their particular sport and the demands of their particular position in said sport.  I hope you found this article helpful.  If you want to know more about this topic or what might work best for you feel free to comment below!

Michael has been a strength coach at Olympia Fitness and Performance for three years. Michael graduated from Rhode Island College where he studied Community Health & Wellness with a concentration in Wellness & Movement studies. After graduating, Mike went on to get his CSCS (certified strength and conditioning specialist) through the NSCA. In his three years as a strength coach, Mike has helped clients from all walks of life improve their fitness levels. He has a strong passion for helping young athletes not just improve their athletic performance, but also helping them build confidence.