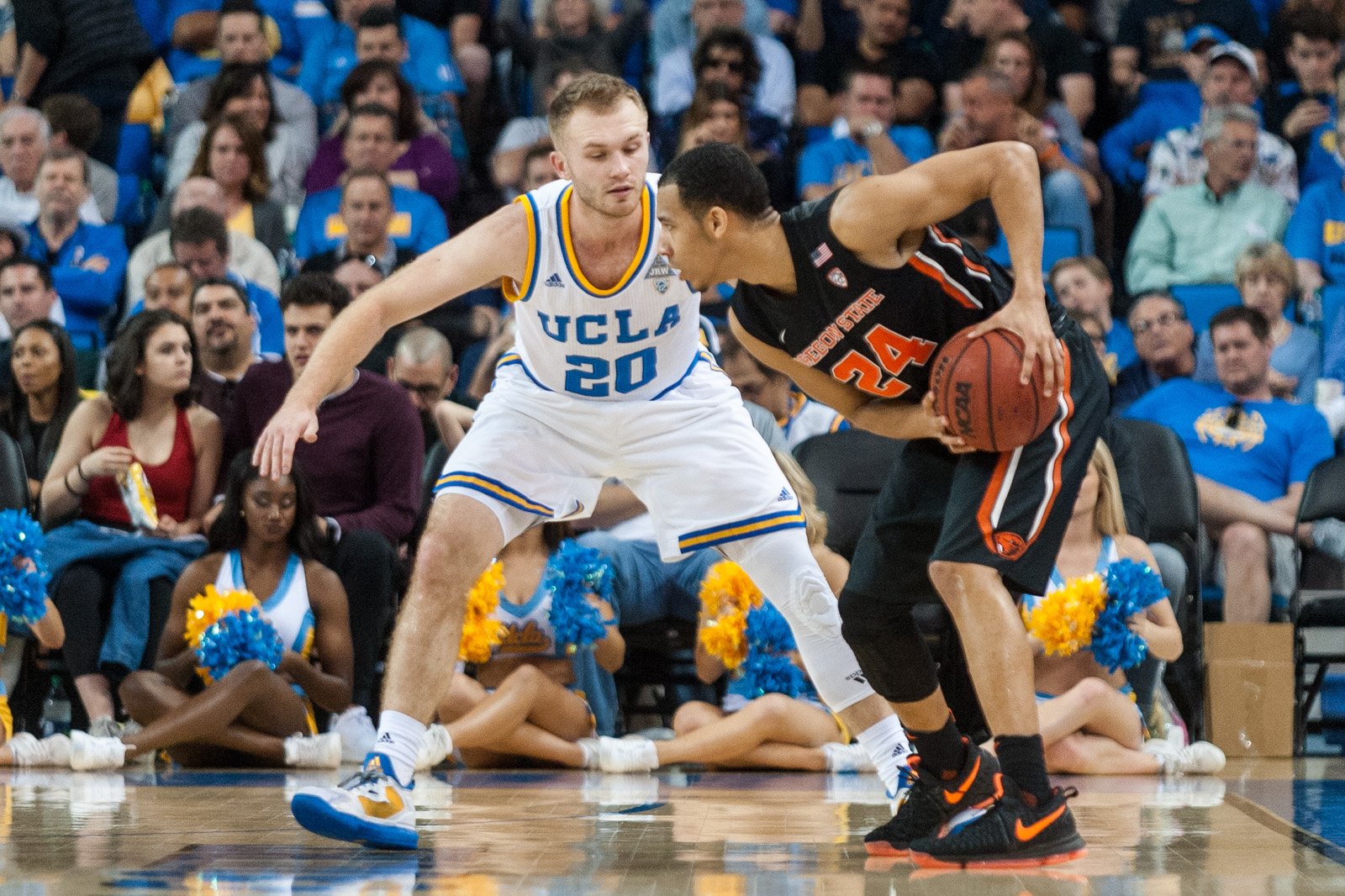 Become A Faster Defender On The Court

When we talk about speed, we often think about linear speed and acceleration. While these components are significant to the success of athletes in their sport, we often overlook the importance of training laterally. If you watch a basketball game, no matter the level of competition, you will notice players constantly moving side-to-side and changing direction. Staying in front of an opponent as a defender requires a considerable amount of lateral speed and the ability to change direction quickly. The best way to improve sport specific movements is to mimic what you do on the court and apply it to your training. If your sport requires constant lateral movement and staying in front of an offensive player, we want to train the mechanics required of that sport. Below are four exercises to increase both lateral and change of direction speed to give you an edge on the defensive end. Each exercise should be done with a purpose and at game speed to to maximize the benefits.

The Low Box Quick Change drill is great for any sport that requires an athlete to stop on a moment’s notice and change direction. We specifically focus on limiting ground contact time with each foot in this drill. Focusing on not getting “stuck” while planting is important to train and translates well to the court. The quicker an athlete can go from one spot to another on the floor, the greater advantage they will have on the defensive side of the ball. This drill also focuses on dynamic single leg control. Basketball requires a ton of single leg movements, such as running, jumping, and cutting. Developing single leg strength and stability is important for defensive speed and overall performance on the court.

The Side-to-Side Plate Hop drill is a favorite of mine to use with athletes. This drill covers footwork, ankle stability, change of direction speed, cutting, and body control. It does not require much space or equipment and with the benefits listed above is great for athletes of all ages. Depending on the experience of the athlete, the level of difficulty can easily be modified or increased. I like to start with the plates roughly six inches apart and jumping with two feet. If the athlete is able to achieve desired form, we can progress by moving the plates further apart or changing this to a single leg exercise.

This next drill is a nice 2-for-1. It not only covers the lateral aspect that basketball requires, but it also focuses on how to cut and land properly. Basketball constantly requires athletes to cut on one leg and immediately change direction. Athletes are often seen getting “stuck” in their cuts and then coming away with some type of injury. This drill specifically focuses on limiting ground contact time while cutting. This is important for speed because we want to change direction and get where we are going as quickly as possible. It is also important for injury prevention because by limiting the amount of time spent in our cut, we can eliminate the need to get “stuck.” Each jump should be deliberate and as soon as the foot hits the ground, immediately jump laterally. The next step is to focus on landing mechanics. Can the athlete cut at game speed and land with proper form and body control? We want to focus on landing softly and in an athletic position, absorbing the force we created when we jumped. This will prepare the athlete for the constant stress basketball requires at a moments notice. Completing this drill properly will improve the athletes’ change of direction speed as well as decrease their risk of injury.

The Bungee Lateral Shuffle mimics a movement seen on every defensive play. One of the best ways for an athlete to improve their defensive speed is to practice against resistance. By adding resistance, we are forced to generate more power with each push against the ground. The more power an athlete has, the faster they will be able to propel themselves away from the ground, allowing them to get to their spot quicker. This could be the difference between staying in front of an offensive player or them going right by you. With this drill, it is important to drive each foot off the floor with as much force as possible. Think about “attacking” the floor.

It is important to train the same muscles and movement patterns that you would use in your sport to improve athletic performance. To put it simply, if an athlete is looking to become quicker on defense, they must train those specific movements in that specific plane. The drills mentioned above are great for all athletes looking to increase in-game lateral and change of direction speed, to gain that advantage on the defensive side of the ball.

Pat Sturdahl worked in an outpatient physical therapy setting for over seven years before joining Olympia Fitness. He enjoys working with clients to help improve their mobility, stability and strength. Pat has experience working with local high school teams where he previously ran “Speed Schools.” This training focused on sport specific movements and plyometric drills.